Out today on ILR: THE LOWEST FORM - Personal Space LP

It's true, it really came out today. We added a bunch more awesome shit to the webstore too. Check it. We are in London playing Static Shock Weekend this weekend so shipping on these orders may be a bit slower than usual. Don't trip, we will get you taken care of.

"The second album from UK hardcore engine The Lowest Form, Personal Space sees the band cutting through a comedown fug of feedback, sharp butterflyknife guitars flashing deadly over a wasteground rubble of noise.

Songs drawn up from discord, songs of marshalled cacophony, coils of scritching guitars break apart and reform, coalescing around insistent basslines and heavy drumbeats, before splintering again. It's hardcore constructed from textured noise as much as from breakdowns and riffs, rumbling infectious chants emerging from the wavering clamor, the vile keening of consciousness's half-known edges, noise in the grain of it all, noise as bedrock, an abrasive acid bath of fuzz, susurration and machinewhirr.

"SMASH MY FUCKIN' HEAD AGAINST THE WALL" is the line that opens it up, rising out of Interplanetary Bad Boy's hissing swell. Driven through the album are anguished explorations of interior/exterior limits, whirling around viciously in the grubby borders of your skull, spinning hopelessly in the cosmic of the aether, untethered, higher than the sky but way down in the muck. From Gak Attack's claustrophobic pogo or Last Smash's drawling thump to Star Slammers manic tumble and Dread Future's rolling barrage, The Lowest Form have brought together another LP of murdered-out panicattack punk, lithe and unleashed, born of bad vibes and background radiation, an album at once uncomfortably close and fully heavy." -Joe Briggs 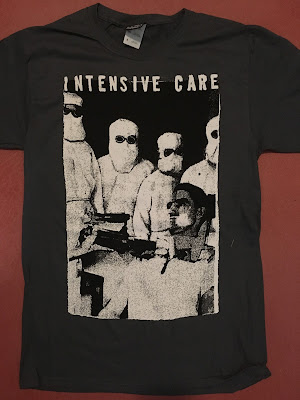 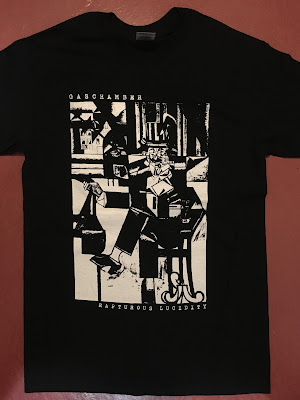 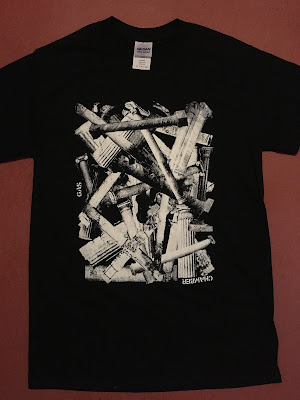 Posted by El Presidente at 12:00 AM Links to this post